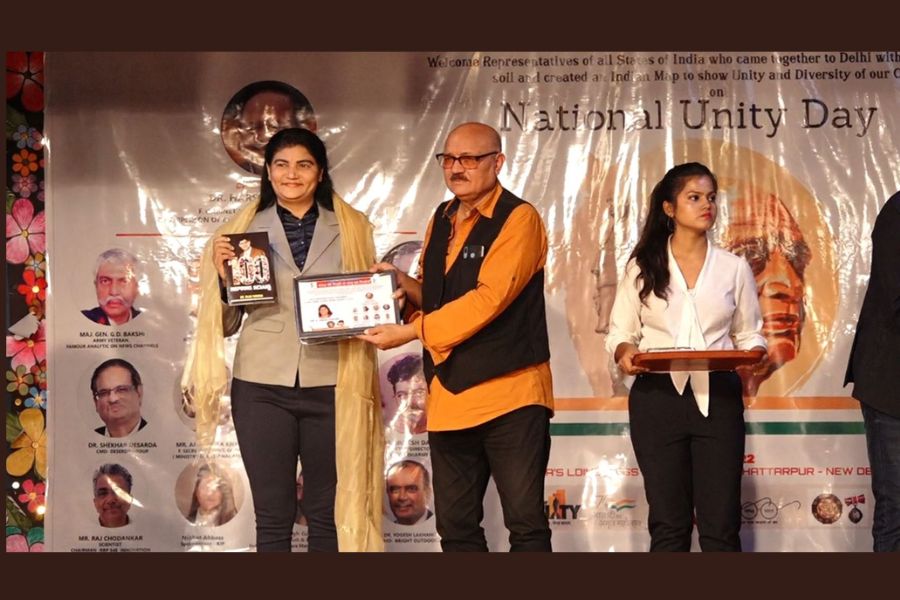 November 03: On the auspicious occasion of Sardar Patel Jayanti national unity day the event ” Rajiya Ki Mitti Se Rastra Ka Nirman” was held in New Delhi on 31st October 2022. An individual from different states was called a state representative. They were asked to bring the state’s holy soil in a new white handkerchief. The event was basically to prepare a new India map with soil from different Indian states to portray the Unity and Diversity of India.

Dr. Thejo  Kumari Amudala was called was invited as the Chief guest or Guest of Honour for the Rajya Ki Mitti Se Rastra Ka Nirman. Dr. Thejo has achieved success in every endeavor she has undertaken, including business, philanthropy, pageants, education, spirituality, and several others. She has won countless accolades and prizes, demonstrating her excellence and bringing honor to the nation. 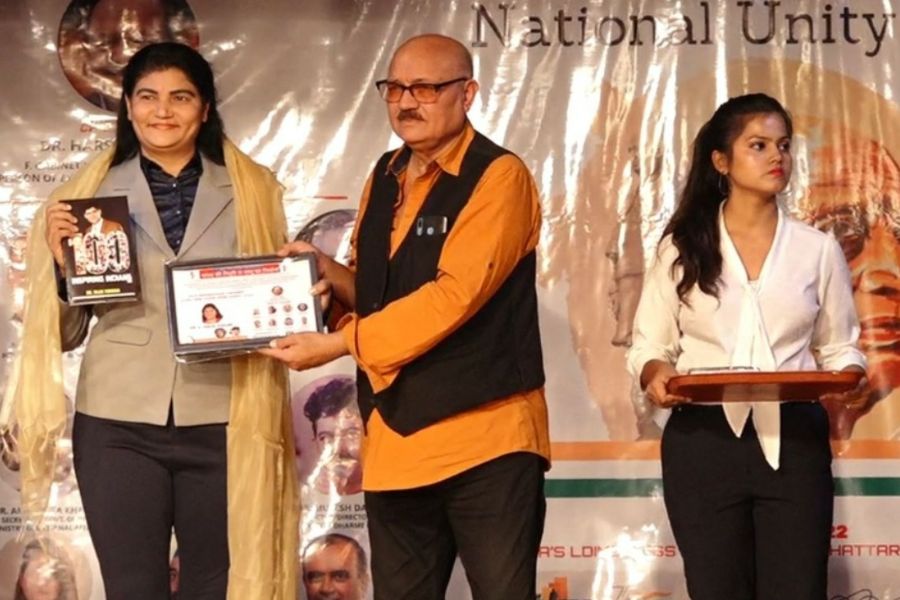 She has attracted admirers from various continents and gained recognition from other nations and venues on a global scale. THE Nelson Mandela NOBLE PEACE Award, The Gandhi Peace Award, the Nightingale Sarojini Naidu Award, the Mother Theresa Humanity Award, and the Rajiv Gandhi Icon Award are just a few of the honors she has won.

She is a great example of how women can impact society and achieve so much. Her family and parents have been able to support her and give her the strength she needs to fly.