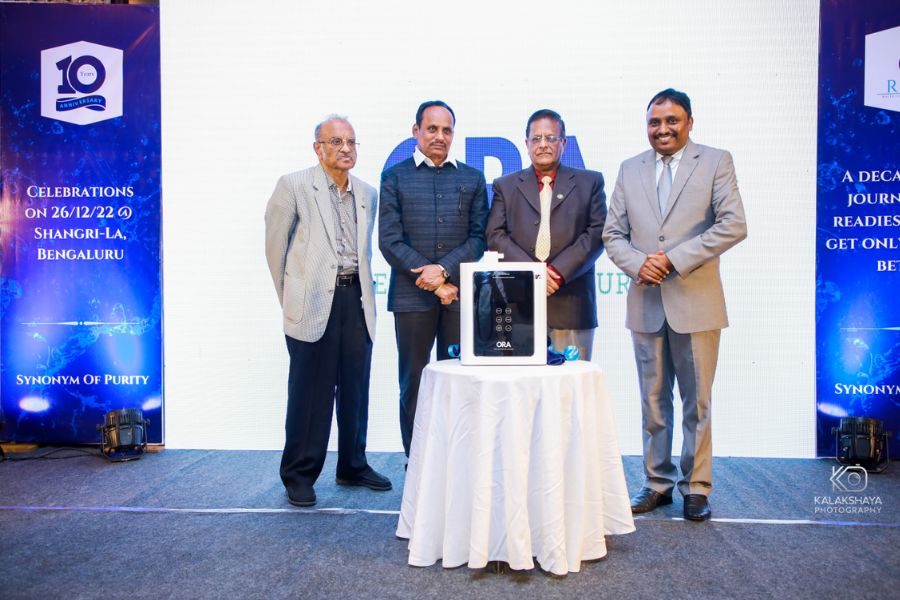 It was a big day for Anil and his team as the grand 10th-anniversary celebrations collided with Rigo announcing its premium water filtration product – ORA. A less talk, more play kind of product that assured a luxury water experience for its users.

On the day of its product launch, ORA was introduced as a product capable of delivering 8 varieties of water, acidic and alkaline included. The product launch event highlighted ORA’s standout features, which included good looks making ORA a stylish addition to every space, advanced technology usage, the ability to aid with removing impurities and contaminants from the water, and the capability to offer crystal clear water free from odors and unwanted flavors.

The anniversary event and product launch were graced by dignitaries like Vishnu Bharath, a leading CA, who launched one of Rigo’s first products in 2012 and was back to offer his valuable support by launching ORA in 2022.

On this occasion, Mr. Satyanarayana Mahesh quoted “I credit Rigo’s success to the positive attitude and mindset of its founder Anil”.

Rigo’s Founder Mr. Anil as a part of his introductory speech quipped “I have come a long way with Rigo but I am certainly not done yet. He said there are many more mountains to climb and conquer in the water filtration industry.”

Overall, the event was a huge success with the new product ORA being well-received with a lot of love and acclaim.

The lab testing equipment manufacturer adheres to the latest tech […]

Left: The Digital Cover of the latest edition of The […]

January 28, 2023
dsprime
Leave a Comment on Arindam Chaudhuri predicts Pathaan will have a 500cr worldwide weekend and suggests Shah Rukh Khan should invest money into a China Marketing strategy!