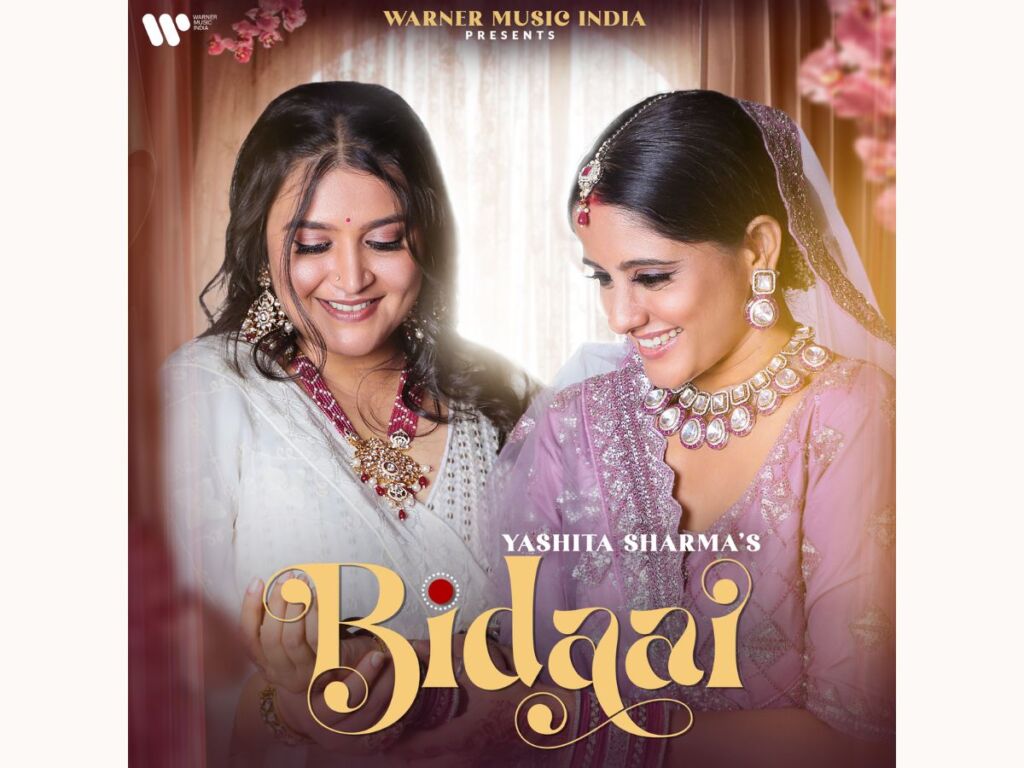 New Delhi (India), December 23: With the wedding season around the corner, singer Yashita Sharma has dropped her new catchy and heartwarming single “BIDAAI” on the warner music India YouTube channel.

Curated with an ensemble of talented team and featuring Ayesha Singh from “Ghum hai kisike pyaar mein” as a bride, the music track is sure going to take a place in people’s playlist this wedding season and will give all the brides a heartwarming and emotional experience. Yashita makes sure to sing with passion and convey the emotion within the lyrics well and makes sure that her energy is upto the mark to create the perfect vibe for the audience.

The track has been crooned by Yashita to perfection in her soothing voice and is a blend of her soulful voice and lyrics that are sure to tug at your heartstrings in no time and make a place in your wedding playlist right away. The song aptly captures the bittersweet emotions and hence each and every bride can resonate with the same. Owing to all of these aspects, the video and audio which is now on all streaming platforms, has garnered much love and appreciation from the audience and has created a ripple on social media.

Prior to this, Sharma has climbed the charts of success and received heaps of appraisal for her Bollywood tracks such as “Chandaniyaan” from 2 states, “Gallan Goodiyan” from Dil Dhadakne Do and many more. She also recently composed a song “Is Shheher Mein” which she released in October 2022.

Singer Yashita Sharma has proven herself to be a dynamic singer with many acclaimed compositions to her credit. She has received immense love and appraisal for consistent delivery of her melodious musical delights and now she is all set to win the hearts of her fans and audience yet again with “Bidaai”. Singer Yashita Sharma’s refreshing voice and beats promise to take her far.

In an exclusive chat, singer Yashita Sharma revealed that she is supremely excited to share her new endeavour with the audiences as she is working as a song writer, composer and singer for the very first time and is looking forward to showcase more of her musical delights and awe the audiences.”

Coming to the credits, the song is sung by Yashita Sharma, the music is given by Parth Bharat Shah and the lovely lyrics are also penned by Yashita Sharma. The video is directed by Jyugal Soni who also previously assisted in “Kai Po Che” and many other leading movies.

The post Singer Yashita Sharma Hits The Right Note For The Wedding Season With Her New Single “Bidaai” appeared first on City Lights.