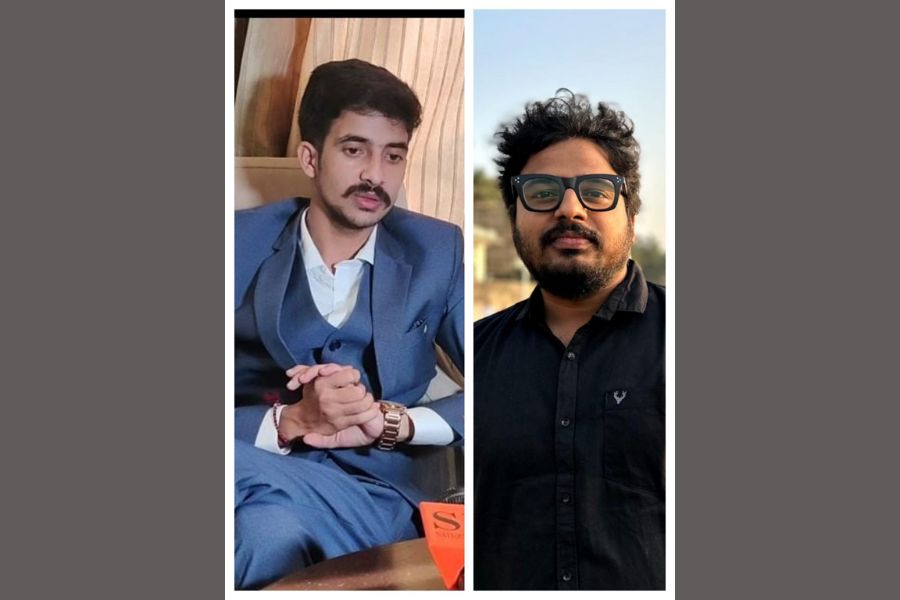 Comedy entertainers have always been liked by the audience in Hindi films. Now after a long time, a comedy masala entertainer will be seen in Bollywood through producer Anuj Kumar Ojha and supremely talented Writer and Director Ashutosh Upadhyay’s film “Doolha Gang”.

New Delhi, December 14: Young director Ashutosh Upadhyay was researching about the film “Doolha Gang” for the past several months. He is also the writer of this film.

Ashutosh Upadhyay has been associated with the creative department for more than a decade with big production houses like PEN India, Zee Studios, Dharma Productions etc and has been a part of many big successful and entertaining films.

Tannu Bhardwaj and Swiggy Singh Rajput are debuting with this film, producer Anuj Kumar Ojha’s film “Doolha Gang” will be produced under the banner of Asees Production. Young producer Anuj Kumar Ojha has managed more than 400 artists in Bollywood through Asees Celebrity Management Company for a long time, has organized many shows with many big artists in India as well as abroad, as well as many Hindi films. , Punjabi video songs have also been produced, under the banner of his company, many brand advertising films have also been produced. Before coming to the world of entertainment, Anuj has also been active in the political field, has held many important responsibilities for the Bharatiya Janata Party in Delhi, Bihar and many other parts of the country. Anuj has always been giving opportunities to new talents through his songs and films.

A double dose of comedy than romance will be seen in this Chacha Bhatija Story of a middle-class family of Uncle (Babban) and Bhatija (Golden), set in a small town in North India. Babban is a Hindi teacher in Prem Inter College, where his girlfriend’s name was Babli, who was a history teacher, Golden (Bhatija) also went to study in the same college, where he failed continuously for 6 years but uncle is in school faculty, so he was allowed to study. Golden’s father Shri Bhavani Lal Pandey, the owner of Tour and Travel Company, also had a Paan point with this business which was given on rent. Uncle Bhatija spends most of his day at the paan shop. One day Bhavani’s brother-in-law came with a marriage proposal for Golden. Lots of hungama and fun is going to happen in the background love story of Babban, Golden and Babli.

Director Ashutosh Upadhyay is very excited about his project and says, “I think there hasn’t been a family comedy film since a long time. The film Doolha Gang will appeal not only to the young audience but to the entire family. Now about actors can’t reveal much but we have got many established actors lined up for this entertaining film.

Producer Anuj Kumar Ojha says, “From the title of the film, you can guess that it is a fun entertainer. When writer-director Ashutosh Upadhyay shared the plot of the film with me, I agreed to do the film in the first narration itself. The film will be decorated by talented Shivendu Shekhar’s Costume Styling and Vidyadhar Chari’ Production Design, while the casting director of the film is well-known casting director Sonu Singh Rajput and the executive producer is Akash Mijan Choudhary.

Arhan Ansari stuns everyone in the fitness and social media […]

January 27, 2023
dsprime
Leave a Comment on From being an ace bodybuilder and fitness model to also becoming a known digital creator, meet Arhan Ansari

January 27, 2023
dsprime
Leave a Comment on Ashar Anis Khan is all set to Produce his First Web Series ‘Kohinoor – Chapter 1’ Teams up with Maruti Production